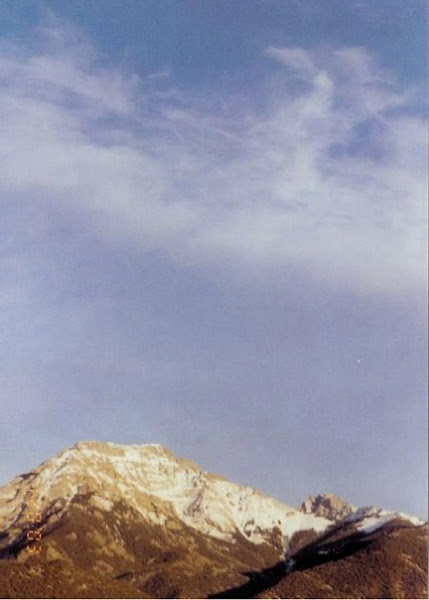 Beyond the Sauce: Beyond the Comfort Zone - Finale

Here it is, folks, the moment you've all been waiting for.

I know you've been digesting that Thanksgiving dinner for a whole week, salivating over the possible outcomes you've imagined for my cooking experiment. And now you're going to know the truth about how I fared when pitted against the venerable Vesta recipe tome.

All in all, I'd call it a success.

I made...the "Mixed Beet Humboldt Fog Goat Cheese Salad" as a side dish or vegetable to go along with our family's otherwise store-bought meal of honey ham and pumpkin pie. This recipe consists of red and yellow beets, candied walnuts, and a sage tempura with a pumpkin vinaigrette. Oh, and let's not forget the divine and ridiculously expensive Humboldt Fog goat cheese, one of the only cheeses that the United States exports (out of California, I believe.) Ooh la la. Sounds pretty good, right? It should, it's a Vesta recipe. 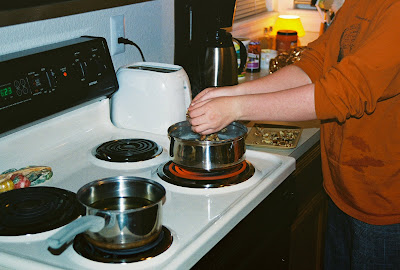 Now, let's just get the failings of my labors out of the way. First of all, because my sage leaves were WAY too small to be deep-fried in oil for the tempura, there was no sage tempura. Although I did sprinkle sage over my beets to finish. (Matt Selby, if you're reading, perhaps it's best if you stop now, before you subject yourself to any more carnage of your creations.)

Failing #2 occurred with the beets. Um, they were kind of crunchy. Let's just say they didn't goo all over their plates like the ones that come out of a can do. Maybe that's a good thing.

These beets were FRESH. So fresh, they still had farm soil on them when I removed them from the refrigerator. Straight out of the ground, they came. And then they were smartly poached in a nice subtle chardonnay. Just like Vesta told me to.

I began my adventure by doing something I could never have pictured myself doing: candying walnuts. I have to say, the candied walnuts were the masterpiece of this salad. I really nailed the technique. I observed that frying the sugared walnuts in oil was somewhat similar to making Danish Aebleskiver (which, even though I don't cook, is required cooking knowledge in my family). So the Dane in me came out and candied those little guys good. Vikings ahoy. A week later we're still guiltily munching on those leftover sweets. 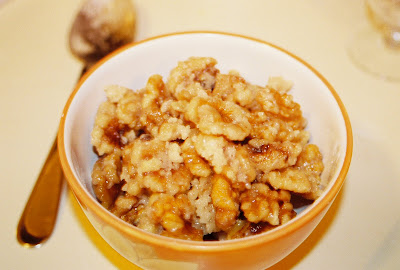 Then I tackled the beets. It was a little frightening, truth be told. Those suckers have lots of...tentacles. I think they might be related to marine vegetables. Once I conquered the hairs and squiggles, and scrubbed off all the delicious dirt, the beets made their way to the chardonnay jacuzzi. And there they sat. Vesta told me to poach them for 20 minutes. After a half hour of poking and staring and lip-biting, I left 'em in for another 10 minutes. Then I made the executive decision that they must be done. 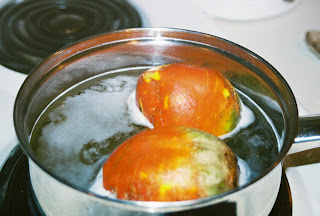 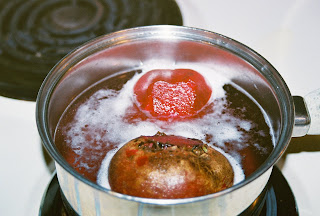 Ay, there's the rub! Those beets knew darn well when they were going to be done soaking in their chardonnay bubble bath and by gum, they weren't done yet. But it was too late. They were already chilling in the fridge while I prepared a pumpkin vinaigrette with apple cider vinega 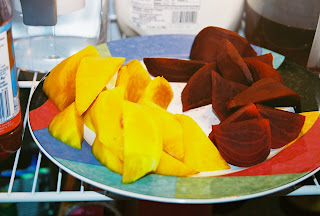 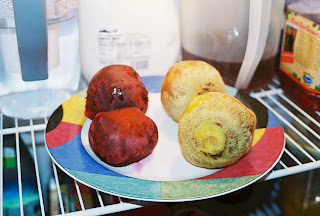 My eating companions were good sports. They poked, they prodded, they dashed into the kitchen for sharper knife reinforcements, and they gnawed, poor things. They adored the cheese, and enthusiastically dove for the softer beet bites. I can see how this salad is delicious...when Matt Selby makes it. 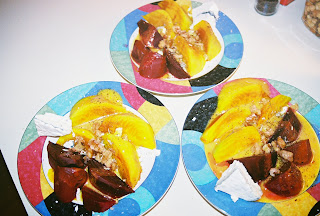 But like I said...I don't cook. The whole experience certainly made for an exciting and unique Thanksgiving dinner experience, one that I think everyone at the table appreciated.

I'm not sure if I'll be stretching my cooking legs again anytime soon. I'm overwhelmed and humbled by the complexity of the craft that these masters practice daily. Anyway, I'd much rather sit in their restaurant and feast my senses on their creations, works of art that they've honed to perfection. Yes, this bookseller is still a foodie. And definitely still NOT a cook.

But for one shining moment, this book gave me entree (pun intended) into the world of the true culinary artists. That's what I love about books. They transport you into worlds you never thought possible. Cheers. And here's to you, Vesta.
Posted by Author Coordinator at 10:35 PM No comments: